Just wanted to give you an update on Prairie dog. Firstly, she’s the best dog in the world and I still marvel at how I found her by chance. When I went to Heartland to see Hadley, I never for a second thought I’d leave with a different dog. In a million lifetimes I couldn’t have picked a more perfect dog. That she was there for so long still baffles me but it’s like she was waiting for me. We were both sad with anxiety and wobbly bellies and it’s like she was meant to be mine. She pulled me through the worst depression I’ve ever had and now neither of us have anxiety. Because of her I moved to a new town so I could get a house with a garden for her to romp around in. It turned into the exact right place for both of us. I’m surrounded by neighbors who have dogs and now Prairie has doggy friends to play with. Having the extra space meant I could rescue another dog who had a very similar story to Prairie’s. So now she has a sister (who she uses as a prop when she’s scouting for squirrels out the window.) I did a DNA test on her and turns out she is 62% American pit bull, 15.6% American Staffordshire, 11.2% Chow, 8.1% German Shepherd & 3.1% Rottweiler. She’s a mix of commonly banned breeds & just goes to prove that the perception of the breed and the reality of the breeds are often worlds apart. Thank you just doesn’t seem enough for this amazing girl. 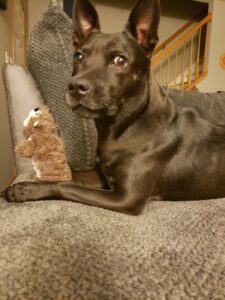 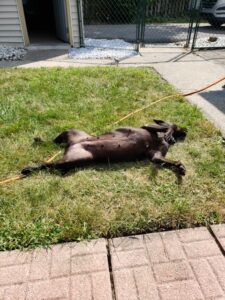 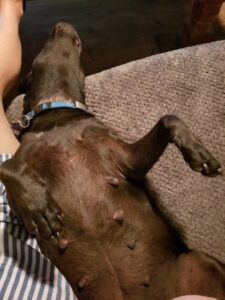 Thanks for your interest in Heartland Animal Shelter. Please fill out the form below and someone will be in touch soon about your inquiry!
Giving Tuesday 2022 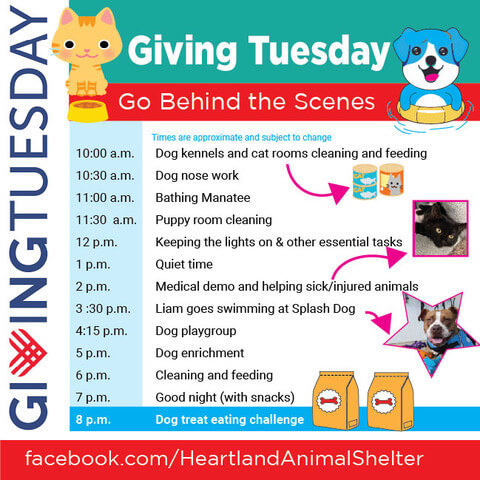